Gastric acid inhibitors use was significantly associated with the presence of vitamin B12 deficiency, warned a case-control study published in the Journal of the American Medical Association. (1) Vitamin B12, also known as cyanocobalamin, is a water-soluble vitamin. Like the other B vitamins, vitamin B12 is important for protein metabolism. It helps in the formation of red blood cells and in the maintenance of the central nervous system. (2)
Vitamin B12 is found naturally in a wide variety of animal proteins, so the body can obtain the recommended amounts of vitamin B12 by eating a variety of foods including:

A lack of vitamin B12 (B12 deficiency) occurs when the body does not get or is unable to absorb the amount of vitamin that the body needs. A lack of B12 can cause: (2)

Additionally, left untreated vitamin B12 deficiency can lead to dementia, neurologic damage, and other complications, which may be irreversible. (1)

It is well established that gastric acid secretion is needed for dietary Vitamin B12 absorption from foods. Vitamin B12 is present in foods bound to proteins, and the presence of gastric acid is required for the peptic enzymes, mainly pepsin, to cleave the vitamin B12 from the ingested dietary protein, allowing its reassociation with intrinsic factor (IF) and eventual absorption in the terminal ileum. (3)

Accordingly, alterations in the gastric acid secretion may lead to malabsorption of vitamin B12. The origin of these alterations could be either natural, such as ageing process, or iatrogenic,[a] such as partial resection of the stomach or acid suppressive therapy.

Proton Pump Inhibitors (PPIs) and Histamine 2 Receptor Antagonists (H2RAs) are two groups of drugs which act by reducing the gastric acid secretion. The most commonly used PPIs include: Prilosec® (Omeprazole), Nexium® (Esomeprazole), Prevacid® (Lansoprazole), Dexilant® (Dexlansoprazole), Protonix® (Pantoprazole) and Aciphex® (Rabeprazole), among others; while the most commonly used H2RAs include Zantac® (Ranitidine) and Pepcid® (Famotidine), among others.

While diet-sourced vitamin B12 requires the presence of gastric acid to separate the active vitamin from the proteins, crystalline B12 vitamin does not need to be separated from proteins, since it is presents in its free state. In short-term studies, various acid suppressants (PPIs and H2RAs) have been reported to decrease the absorption of vitamin B12 from foods, but not to decrease absorption of crystalline vitamin B12 which is not protein bound. (3) Accordingly, crystalline vitamin B12 is an appropriate source of this important nutrient, for patients in risk of deficiency, on account of PPIs or H2RAs consumption. 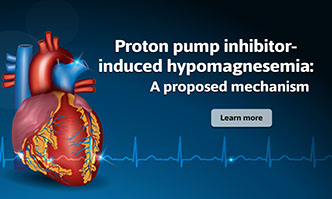 [b] An odds ratio (OR) is a measure of association between an exposure and an outcome. The OR represents the odds that an outcome will occur given a particular exposure, compared to the odds of the outcome occurring in the absence of that exposure.